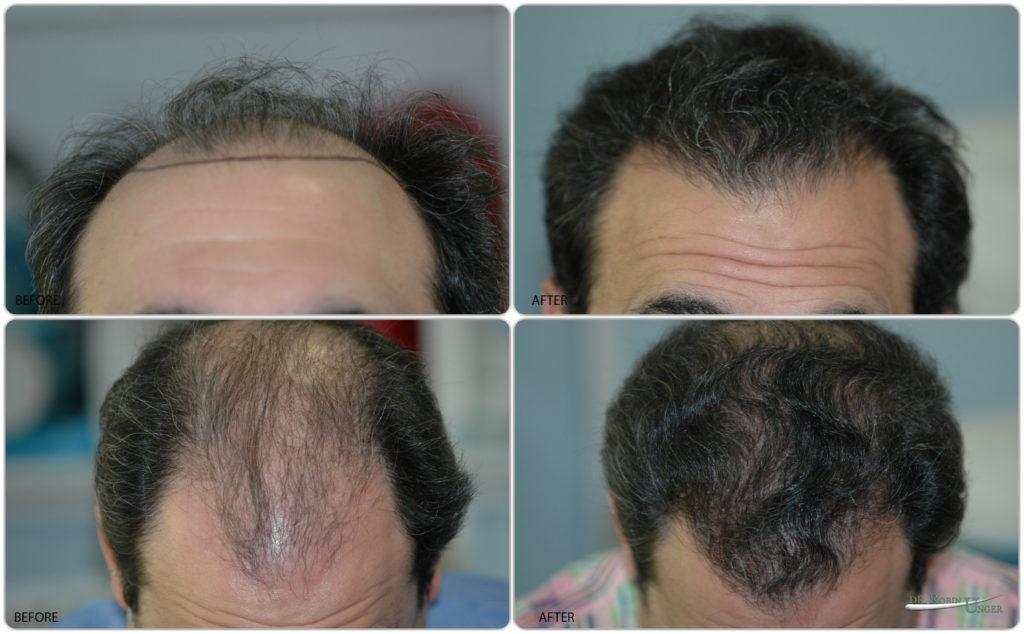 Before first, six months later, two views of the patient after two surgeries

After “creating a natural hairline.” The patient had two surgeries to treat the frontal two thirds of his head including both the current and future regions of hair loss. Fortunately, his large head circumference also resulted in large donor harvests of 2618 FU for the frontal region and 2345 FU for the midscalp. The results in the photo show the frontal region after one surgery.